The Southern French Alps are renowned for their geological sites, some of them world-famous in geological circles, others simply spectacular and of interest to the average holidaymaker. The mountains and valleys around Gap are a great place to discover geology in action and see how the Alps were formed. Here are a few of the many sites worth visiting whilst you are here.

Take the site known as the "Demoiselles Coiffées" literally "ladies with hairdos". An affectionate name for the unusual natural sculptures formed by the irregular erosion of a particular type of rock known as puddingstone, which leaves a narrowly-tapered column topped with a large rock delicately balanced on top. Also known as "fairy chimneys", their official geological term is a "hoodoo".

The ones near the Serre-Ponçon lake near Gap are one of the best-known and most attractive examples in France of the structure; they have been referred to as "some fifty bizarre columns with hairdos." They have to be seen to be believed! 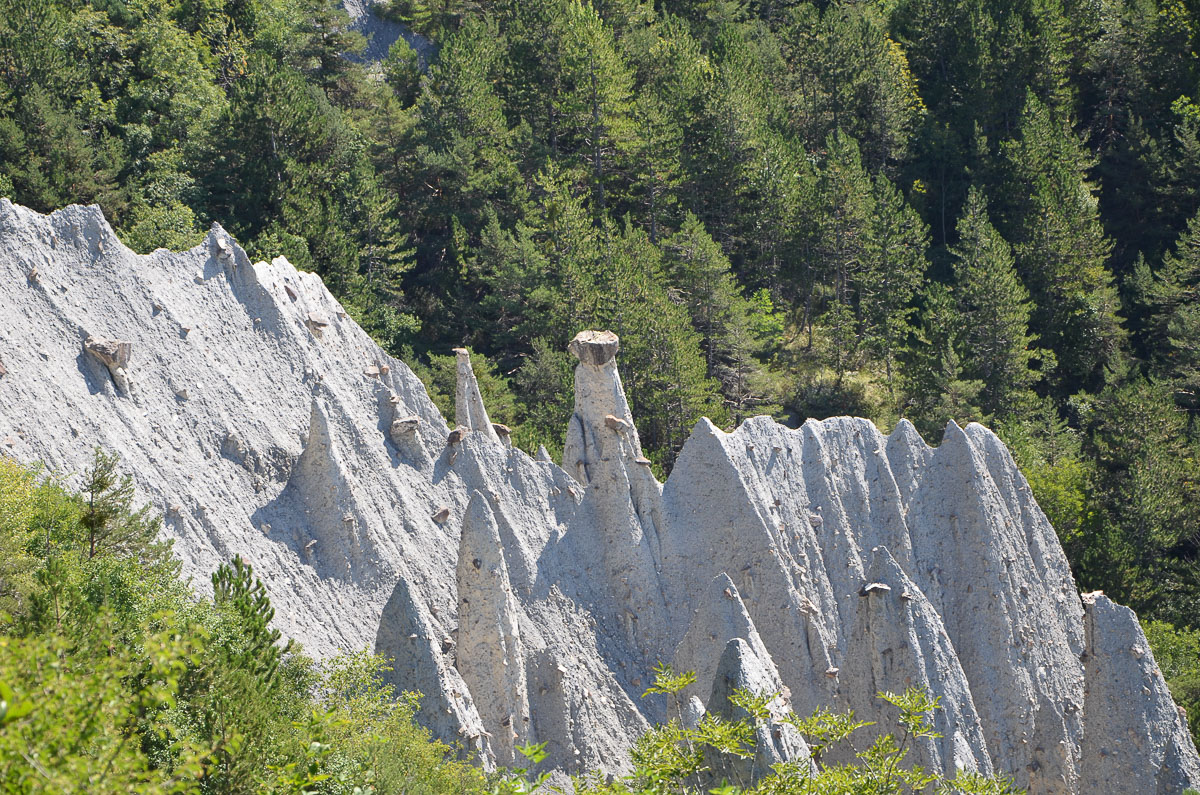 Another must-see geological site is the "Petrifying Fountain" (Fontaine Pétrifiante) in Réotier, a small village between Gap and Briançon. Not literally scary, the name comes from the process of petrification or rock formation that occurs at this place, where hot springs of water rich in calcium bicarbonate and other minerals come out of the ground, leaving a deposit of calcium which forms weird and wonderful shapes.

There is a local legend that a young peasant from Réotier, called Antoine, caught in a storm on his way home to visit his wife who was about to give birth, mistook the fountain for a monster and thought he had died and gone to hell! Nowadays the locals are planning to use the minéral-rich water in beauty products. How things change! 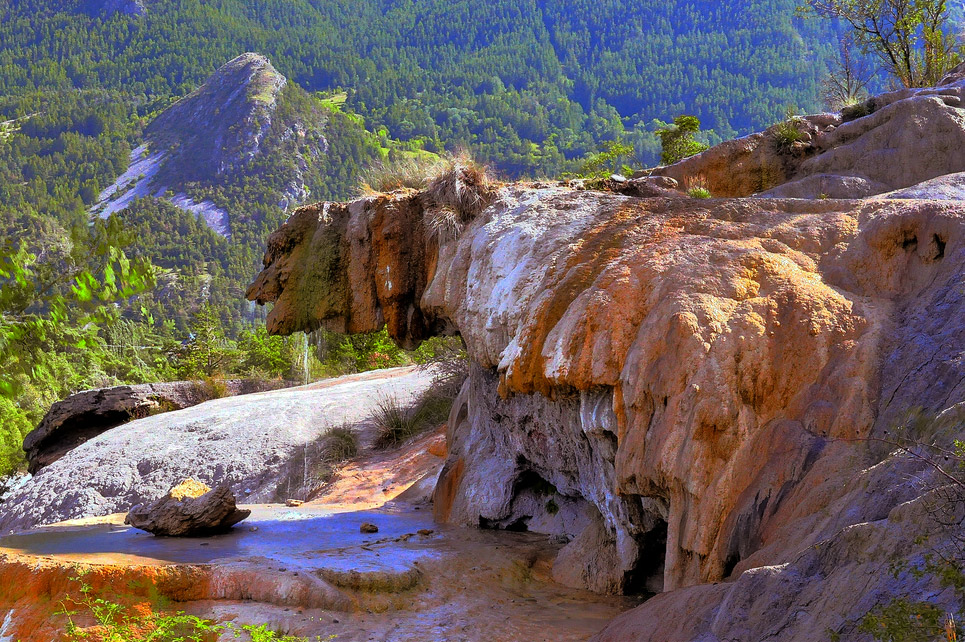 Less spectacular, but of huge interest to geologists, amateur or expert, is the site of what is known as a "recumbant fold" found near St-Clément-sur-Durance. It covers the whole side of the mountain and is a perfect illustration of the geological formation of the Alps. The layers of rock from the ocean bed were pushed up and folded over by the gigantic force of the meeting of the two continents of Europe and Africa. It explains the presence of fossils in the area that would have been at the bottom of the sea.

If you are interested in this and other examples of geological movement, the Hautes-Alpes are a fantastic place to discover the rich history of our planet. 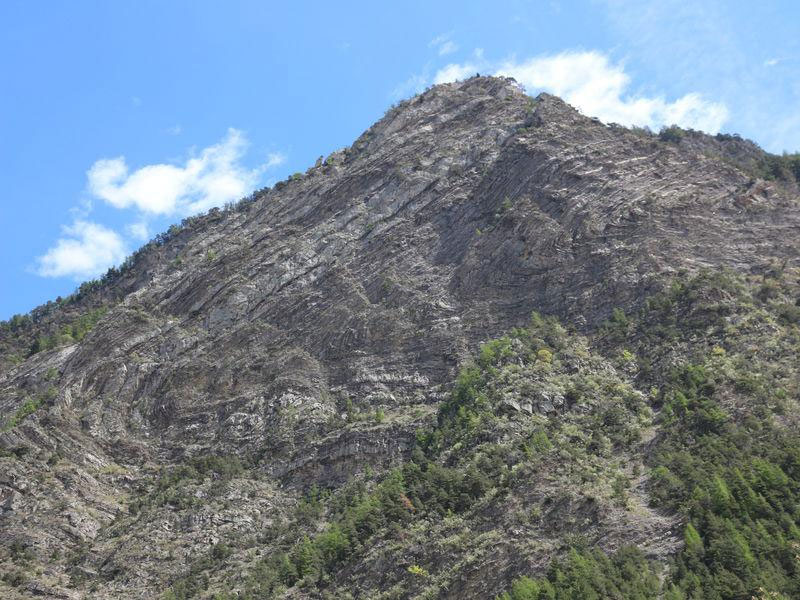 Evidence of the impact of glacial movement in the area can be seen at a site which is completely off the beaten track, yet astonishing when you discover it. On the hillside above Gap there is a glacial erratic that was carried down and left behind by a retreating glacier in the Quaternary era. The rock, whose name means "Bird Stone" is thought to have come more than 40 km from just above Guillestre further up the valley. Amazing when you know that it is estimated to weigh approximately 2000 tons.

A chance to combine geological interest and sporting activity here to the south of Gap, on the mountains of Céuze and its smaller cousin Petite Céuze.

The mountain of Céuze dominates the valley south of Gap and is a perfect example of a perched syncline. In the form of a horseshoe presenting a dramatic cliff face to the south, it is world famous and well-loved by rock climbers. The gentler slopes to the north have been developed into one of the areas family-friendly ski resorts. As for La Petite Ceuze, it provides one of the nicest easy walks around here, with stunning views from the top over the surrounding area. 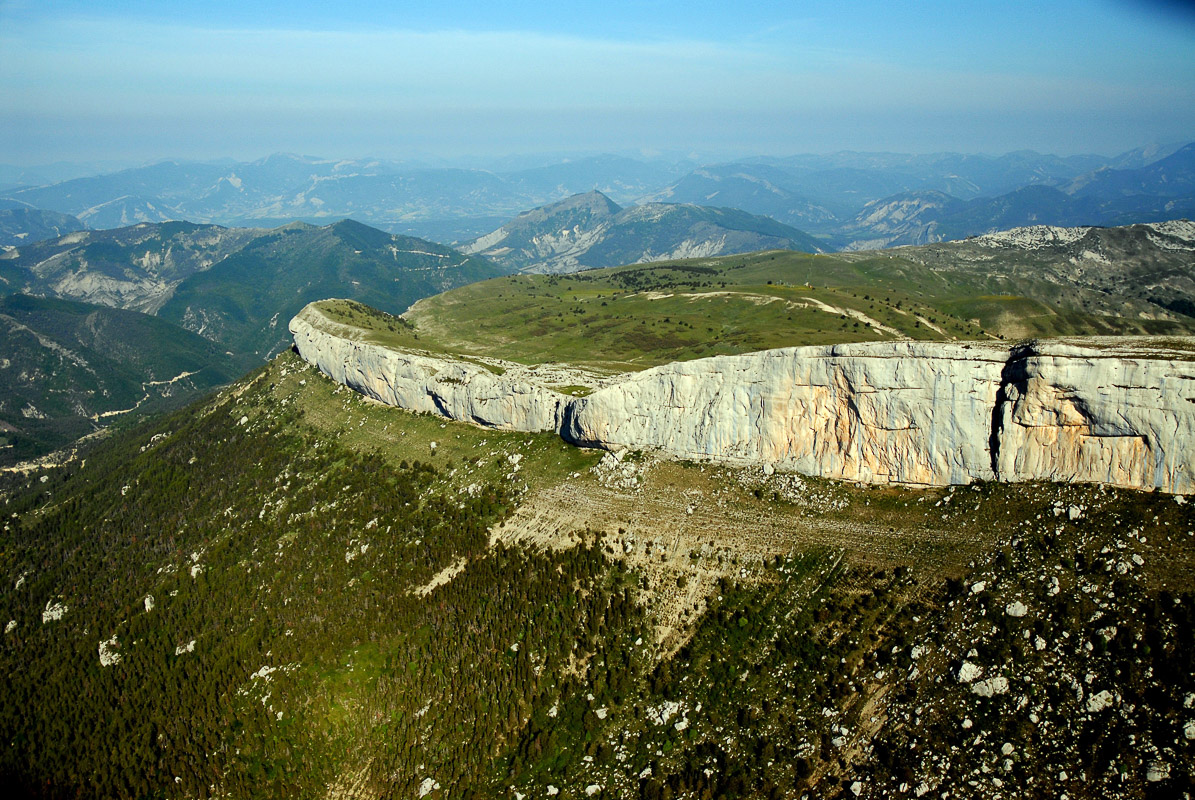