Climate and Weather in the Southern French Alps

The weather in the French Alps is very varied up and down the mountain chain. As most of our holidays are based in the Southern French Alps region, this French Alps weather page talks mainly about weather in this part of the Alps.

The Southern French Alps sits in between the Mediterranean and Alpine climate zones and, as such, has the best weather in the French Alps and even in France - if you like sun of course! The region benefits from an average of 300 days of sunshine every year, which is almost twice as much sun as the Northern French Alps.

It is a mountainous region between 800 and 4000 meters, so altitude plays a big part in the local weather. The rule of thumb as you climb higher into the mountains is that it gets 1 degree cooler every 100 meters.

This is true throughout the year but there are also other factors such as temperature inversions and winds that influence the microclimate. The sun plays a very important role too, so in the winter when the sun is lower in the sky, some lower or north facing valleys are blocked from the sun by mountains for a large part of the day and are colder. These valleys are usually where the best cross country skiing is!

There are four well defined seasons: 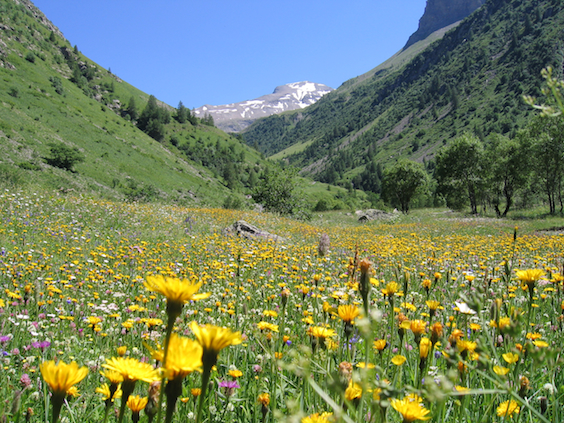 In April the snow starts to melt and, comes May, the spring flowers are starting to appear. The weather in May can be a bit unpredictable, some rain, sometimes even some snow interspersed with hot sunny days. However, it is a very pretty time to come as the whole area starts blossoming.

June is a fantastic month to visit, especially for walkers, cyclists and water sports lovers. The weather has usually settled down, so you generally get clear sunny days, but temperatures are never too hot. The spring flowers are well established and it is also the month with the longest days!

It can be quite hot in the summer in the Southern French Alps (up to 35 degrees centigrade), though on average you can expect high twenties to early thirties. But mostly, you also have the benefit of altitude and fresh mountain air so it doesn't feel at all claustrophobic. In fact, it is very pleasant and you can always cool off in the rivers and lakes. The weather also cools itself down with the occasional mighty thunder storm, usually developing late afternoon and always very spectacular! 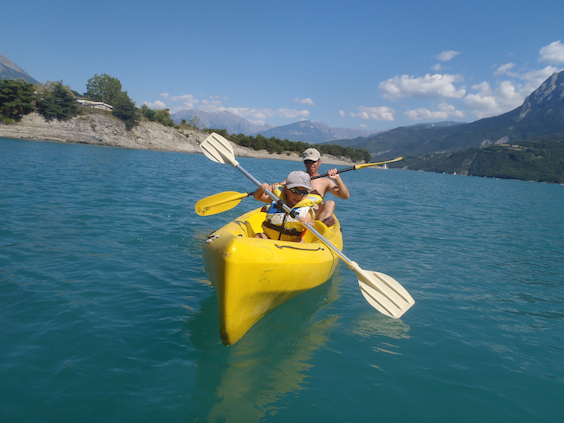 Summer is the perfect time of year to go on a summer activity holiday and try out all the land, air and water sports available in the Southern French Alps. Canyoning, via ferrata, paragliding and a night in a refuge are some of our most popular activities, but there are plenty more great alpine activities to choose from.

By September, things start to cool down a bit, but temperatures are still perfect for outdoor activities. In October, it starts to get colder and the area's autumn colours are spectacular. You very often get beautiful clear blue skies and cool crisp air - perfect conditions for a walking holiday or mountain biking in the mountains and seeing all the amazing colours. 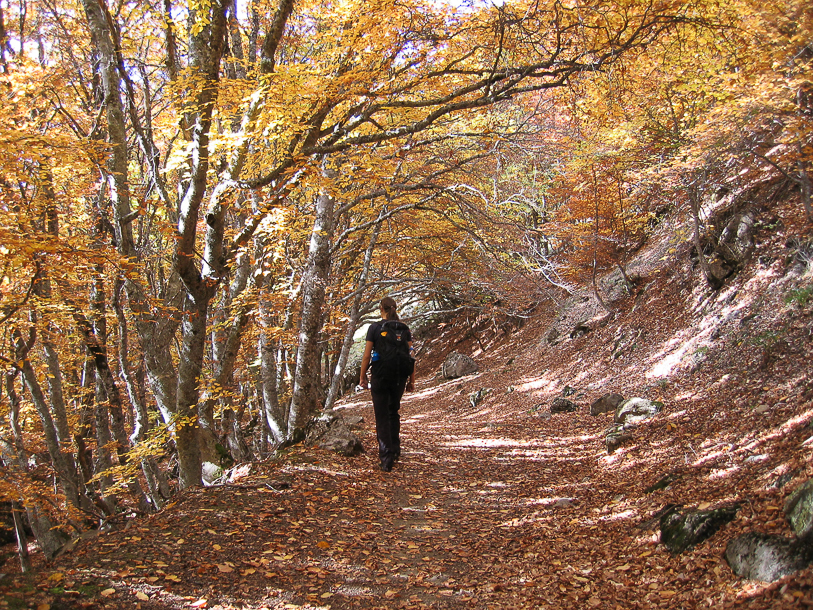 November can be cold and sometimes rainy, but again you also get the clear blue skies and crisp air. The middle of the month is usually when the first snow arrives.

The autumn in the Alps is also hunting season which is very different to the UK hunting scene. It is not uncommon to be walking in the Alps in winter and stumble across a stalker hidden in the undergrowth or to see 4X4s with several orange jacketed men with rifles hanging around on first pistes. As such, it is advisable to wear high visibility clothing when out and about in autumn.

A phenomenon to watch out for as temperatures in the Alps drop is the dreaded temperature inversion where cold air gets trapped on the valley floor. This is much more marked in steeper valleys.

The snow usually starts to fall in November and stays until the end of April, with more snow the higher up you go. It is not usually until the middle or end of December that there is enough of a base layer for it to stay, and this also greatly depends on altitude. In some of the lower valleys below 1000 meters of altitude, the snow comes and goes throughout the season.

Most of the ski stations have snow canons which guarantees snow on the more susceptible lower altitude pistes early in the season, so Christmas skiing is pretty much guaranteed!

The coldest months are January and February, and they are also the months with the best snow and are perfect for a skiing holiday - January in particular, as the pistes will be quiet! The lowest temperatures usually go down to -20 degrees centigrade at this time of year, but it is a dry cold so it doesn't get into your bones as much as a damp cold.

Snowshoers will generally find excellent conditions for snowshoeing holidays January through to March and winter activity holidays are possible all through winter. 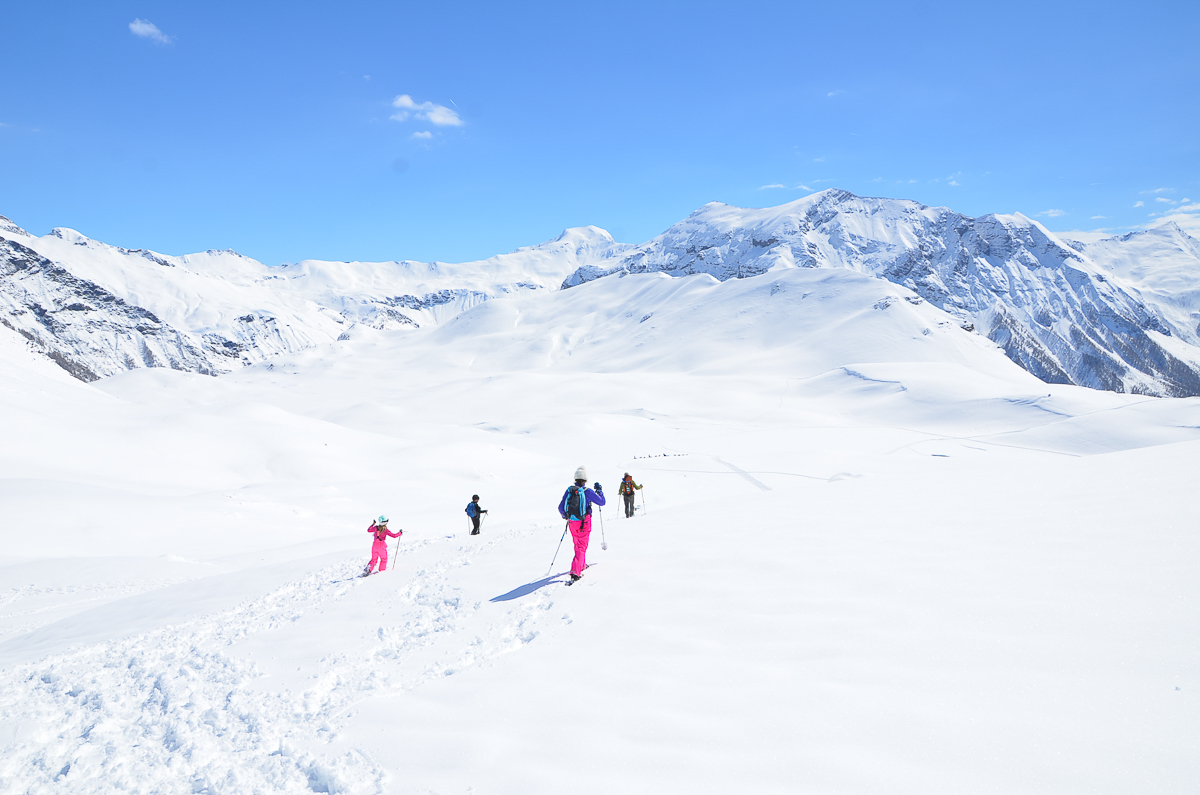 Have a look at the current local weather. It is for Orcières, which is the main ski resort at the end of the Champsaur valley. It is also good to look at Gap, Embrun and Briançon which are nearby to get a good feel for the weather here (just type in the city names in the search).

You can also look at the general climate trends for Gap, Orcières and other villages in the Southern French Alps

CHOOSE A HOLIDAY IN THE SOUTHERN FRENCH ALPS