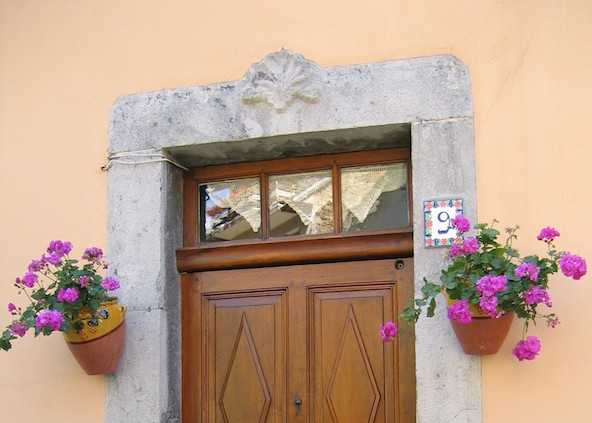 The Hautes Alpes are steeped in history that can be seen today.

The Gauls and the Romans

Originally founded by the Gauls, the region was then conquered by the Romans who started the Christian era. It was during this time that the Roman road - the Domitienne Way was built (118 BC) linking Spain, France and Italy. This road wound through the mountains of the Hautes Alpes passing through Sisteron, Gap, Embrun and Briançon and on to Italy.

The Passage of the Saracens

The Barbarians invaded during 400 AD and the Saracens ravaged France from 700 AD. During their stay, the Saracens taught the local people about medicine and how to use pine resin and cork-oak bark. The Saracen domination was over in 990 AD . Evidence of these mainly muslim people (Arabs, Berbers, Moors and Turks) can be found in the names of some of the local accommodations for example in the Champsuar Valley there is The Passage of the Saracens.

From 476 AD, the fall of the Roman Empire, to the late 15th century was a key period of development for the region. During this time, many perched villages were created on hilltops, ridges and rocky outcrops on the sides of the mountains. The locations of these villages were selected as they were not easily accessible and overlooked the valleys so any invaders could easily be spotted. The villages were fortified with outer buildings forming a wall against possible attacks. Jarjayes is a beautful perched village near Gap which was built in the 10th century. Larger examples include Embrun which was build on a cliff top plateau, and Briançon, the highest town in Europe. Briançon was a medieval fortress before Vauban arrived in 1692 to prepare the town for canon warefare developing a fortified town.

During this period many chapels were built. The oldest chapel in the region, the Mere Eglise, is found in the Dévoluy and dates back to the 9th century. In the 12th century the Boscodon Abbey was built by hermit monks. With beautiful views of the Serre Ponçon lake the monks lived there until the 20th century. The abbey has been restored to its former glory and is open to the public.

The Wars of Religion

St Bonnet en Champsaur was the birth place of the Duke of Lesdiguière, a Connétable de France (first officer of the crown) who fought for Henry le Bourbon (Henry IV of France) during the Wars of Religion from 1562 -1592. The protestant Henry had to become catholic to claim the throne which he did in 1589 after marrying a catholic. The Duke did the same to support him and in 1585 he captured many towns in the region including Chorges and Embrun. As a result, the region submitted to the catholic religion despite having a protestant culture. Ruins of the Duke of Lesdiguière's 16th century chateau can be seen in Glazil in the Champsaur.

A 17th century fortress can be seen in Mont Dauphin which was built under the order of Louis XIV. The fortress is perched on a rocky outcrop and has superb veiws across the valley.

Fountains, flour mills, bread ovens and wash houses dating back to the 17th and 18th centurys can be found all over the region for example there is a traditional flour mill with its famous vertical wheel that has been restored and opened to the public in Villard Loubière in the Valgaudemar.

Napoléon also left his mark on the Hautes Alps. He passed through the region in 1815 with 1000 men after his escape from the Mediterranean island Elba on route to Paris stopping off in Sisteron, Gap, St Bonnet, Corps and La Mure. Later, in 1930, in homage to the leader a road was built tracing his epic journey - La Route de Napoléon.

At the end of the 19th Century there was a population exodus where people migrated towards the towns lower down in the valleys. You can see examples of abandoned villages dotted throughout the area - Méollion in Champoléon and Rabioux in the Dévoluy.